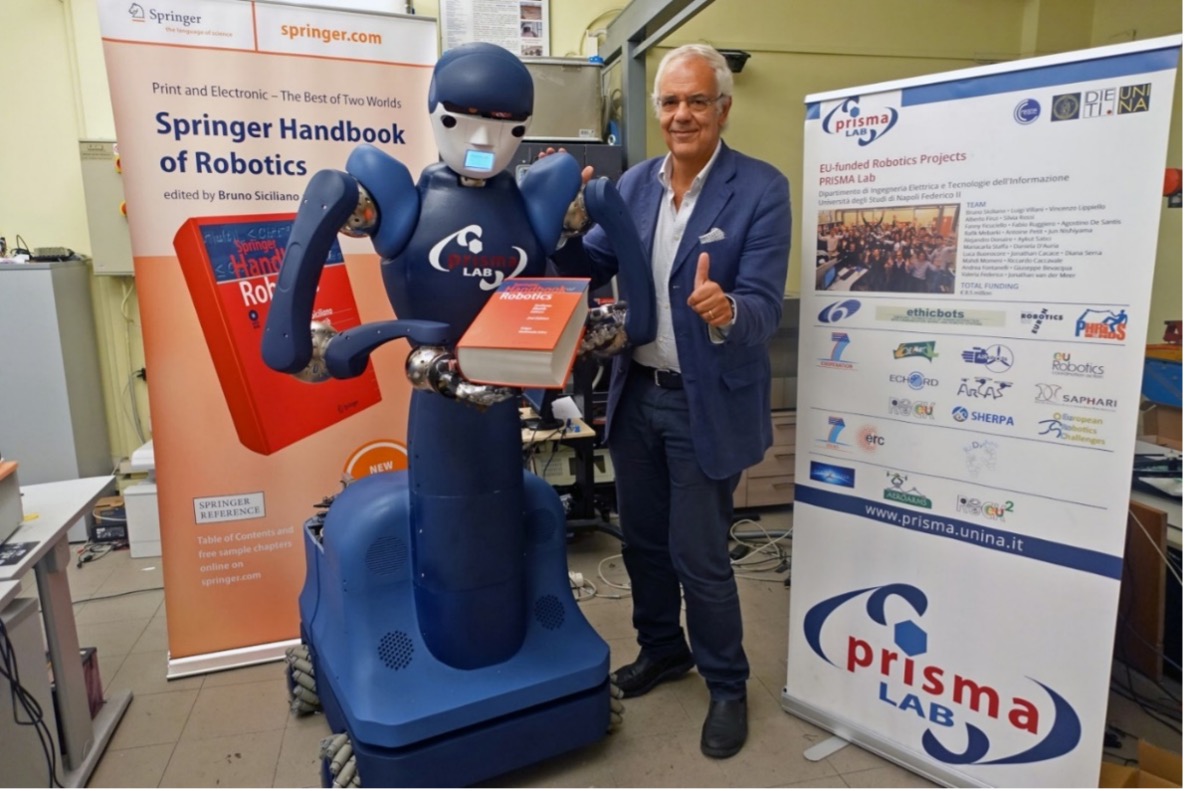 To present Bruno Siciliano, Professor of Robotics and Director of ICAROS Center at University of Naples Federico II, and Past President of IEEE Robotics & Automation Society, one cannot overlook what is his background: the city of Naples and the reckless passion for Napoli soccer team. It then happens that the background comes to the fore and becomes for the robotics expert at an international level a turning point. Like when, having earned his PhD degree, he decided to build his academic future in his city and for his city, declining a faculty position at a prestigious American university, (also) because of the football faith that has always accompanied him in the team’s highs (those were the times of Maradona) and lows. His book Robotics is among the most adopted texts in universities around the world, even though when he talks about his academic achievements there is the impressive Springer Handbook of Robotics, the reference manual for robotics at international level, edited with Professor Oussama Khatib, which he defines as “the most exciting professional experience of my life”. A work of coordination of over 200 renowned researchers, with the goal (fulfilled) of offering a unique tool to the scientific community of robotics and beyond. His research group at PRISMA Lab has had more than 20 projects funded by the European Union for a total of 18 million euros in the last 15 years, including an Advanced Grant from the RoDyMan, an acronym for “Robotic Dynamic Manipulation”, a robot capable of replicating the movements of a pizza maker. In terms of scientific research, it constituted the challenge of creating an automaton capable of manipulating deformable, elastic, non-solid objects, such as water and flour dough. “Keep the gradient” is the motto that Siciliano invented, meaning a constant search for new ideas and new solutions. A hymn to complexity to capture challenges and opportunities always in the name of the art of work & play, as stated in his passionate TEDx Talk.